Introduction:
The requirement seems simple enough. A Funds’ various set-up costs should be expensed when incurred in line with the provisions of International Financial Reporting Standards (“IFRS”).

However, as per the international industry practises, a Fund’s Prospectus may require for this expenditure to be accounted differently when computing the Net Asset Value (“NAV”) for transacting its own redeemable investment shares (the “trading NAV”).

Such a difference may create confusion to the Fund’s existing investors as it will result in the Fund’s financial statements outlining a different NAV (computed in accordance with IFRS) as opposed to the Fund’s trading NAV reported to them upon the year end official NAV computation.

This informative article will attempt to set the rationale of this approach followed by the industry as well as outline the various technical considerations and reporting implications that both Fund Administrators and External Managers need to be aware of whilst providing fund administration services to Fund structures and marketing Funds’ units to potential investors respectively.

Definitions and rationale:
Set-up costs may be defined as the costs in relation to the establishment of a Fund as these have been incurred and being recharged to the Fund by its initiator(s). They also include any costs incurred by a Fund in relation to its own launching, specifically during the period from the Fund’s authorisation/registration date and up to the date of its official activation, the latter being the date of closing of the Fund’s initial offering period and on-boarding of its first investor(s).

A Fund’s Prospectus may require such costs to be capitalised and subsequently be amortised over a pre-defined number of years instead of being expensed immediately. One can argue that such an approach promotes the concept of investors’ fair treatment - the rationale being not to discourage investors from joining the Fund at its initial operating stages and be impacted by the whole of these costs, as opposed to investors joining at subsequent subscription dates.

Reporting implications:
The afore-mentioned treatment of set-up costs deviates from the requirements of IFRS which requires set-up costs to be expensed in the period in which they relate. Consequently, a Fund’s trading NAV (computed in accordance with the Prospectus) naturally differs from the Fund’s sum of assets and liabilities (excluding redeemable investment shares) calculated in accordance with IFRS.

To comply with IFRS upon preparation of the Fund’s financial statements, the treatment of such differences and related disclosures depends on whether the issued redeemable investment shares of the Fund are classified as equity or liabilities under International Accounting Standards (“IAS”), specifically IAS 32. This is because different measurement criteria apply to the redeemable investment shares depending on the classification.

In essence, if the redeemable investment shares are considered to be equity instruments, the nature of the difference in the Fund’s trading value as opposed to its equity value may be disclosed in the notes of the Fund’s financial statements while no adjustment to the Fund’s primary statements is required. On the other hand, if the redeemable investment shares are classified as liabilities, the difference becomes an adjustment that needs to be presented in the Fund’s primary statements as per the below illustrative example: 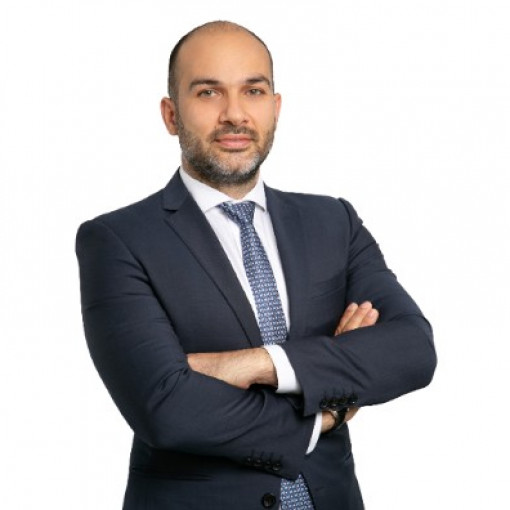 The Digital Asset Revolution in Investments