CIFA: Positive outcome for the investment funds sector in 2022

Year 2022 ends on a positive note for the investment funds sector in Cyprus, as it continued its growth trajectory. Despite the adverse global economic environment, which according to European Fund and Asset Management Association (EFAMA), contributed to the decline of investment fund assets around the world, the sector in Cyprus showed resilience. The Assets Under Management of Collective Investment institutions recorded a slight decrease during the first half of 2022, valued at €10.6 billion. On an annual basis, the asset value remained stable.

According to CIFA, the benefits of the growth and development of the Investment Fund ecosystem spread across several sectors of the Cypriot economy. They contribute to increasing government revenues and creating new, well-paid jobs during a challenging period. At the same time, a significant percentage of investments are made within the Republic, impacting the Cypriot economy. The total investments to date in Cyprus through Investment Funds are estimated at €2.6 billion and correspond to 24% of total Assets Under Management. 71.8% of the investments in Cyprus are in private equity, while 11.7% are in real estate”.

In view of 2023, it is important to point out that, it is set to be another challenging year, in the wake of what has been happening since the start of the pandemic in early 2020, and the war in Ukraine in early 2022.

In addition, Cyprus continued to attract investment funds, managers and relevant service providers from various geographical areas, including some of the big names in the field such as MUFG Investors Services, which proceeded to open an operational centre in Limassol, staffed by numerous employees. The fact that one of the largest financial organisations in the world chose Cyprus is extremely important for the further expansion and establishment of the sector, while it also confirms the dynamics created in our country over recent years.

CIFA President Andreas Yiasemides stated: “Despite the uncertain economic environment, the sector in Cyprus remains resilient and promising. Our country continues to rapidly develop into an important hub for investment funds, which seeks to take advantage of the investment opportunities presented both in Europe and in the wider region of the Eastern Mediterranean and the Middle East. As CIFA, we have drawn our attention to specific markets, in which we see significant prospects for further development. We remain sensible, realistic and consistent but at the same time optimistic and confident that we will accomplish our mission by strengthening Cyprus’ status as a financial centre." 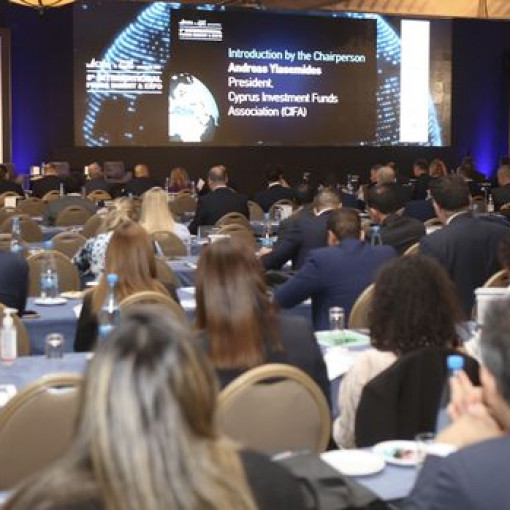